I've been to Bermuda many more than a few times.  Our overnights are usually planned to arrive around dinner time and depart after breakfast.  There usually isn't much time to explore so in all of my visits to The Grotto, I have never actually gone further than The Swizzle Inn.  Or is it the Stagger Inn ... perhaps the stagger out.  I can't remember.  I did send an email to the Swizzle asking about their veggie burger.  I received a nice email from the manager saying she'd check with the chef and get back to me.  I followed up a few times but never got an answer.  Nice.  Thanks a lot.  I really appreciate the diligence.
Oh well, this time we did arrive in the AM and had plenty of time.  We bought bus tokens at the hotel desk for $4 each way and off we went.


The only place listed with any vegan options was Juice N Beans.  There is no website for the place but a few menus can be found online.  It was a bit disconcerting to have to explain to the owners son who was basically running the place, that vegan didn't mean I couldn't have gluten.  Apparently there is a vegan who I'm guessing is also gluten intolerant who frequents the store.  I understand how this can happen but you'd think that a place seeking the vegan and vegetarian would be up on this.

Although the Happy Cow review said they were open until 11 we got there around (I can't remember) either quarter to 7 or quarter to 8 and they had already broken down the buffet except for the Pasties (Samosas), and 2 "to go" containers of food.  I bought one. 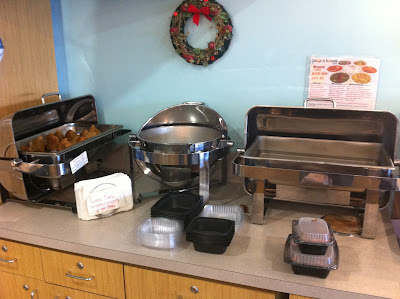 OK, so I did ask if the samosas were vegan and after we had the discussion about gluten I was told there might have been some question about ingredients in the dough.  I looked at the sign and there was nothing listed as being non vegan...so charged ahead.

So of course there is an extensive juice and smoothie list.  We discussed using soy milk as a replacement and I went with the Berry Amore.  As I'm watching the young lady make it I see her reach into a large container and toss in some powder.  Uh oh.  I knew before I asked but the answer was whey.  Uh, no.  I explained that whey powder comes from milk, etc etc and of course they made another with no hassles but we vegans sure have a long road ahead of us if the people who cater to us don't know what we're all about.  Just saying, ask, ask, and watch.  Then ask some more.


A few views of the truly free range chickens and chicks outside my hotel window.  They're always roaming around.  I asked if they ever eat the chickens and was told, "No."  I don't know, there should be several hundred by now.  I'm sure they just get good homes and live out their lives naturally.  I do hope so. 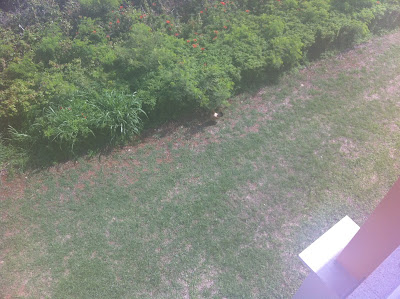 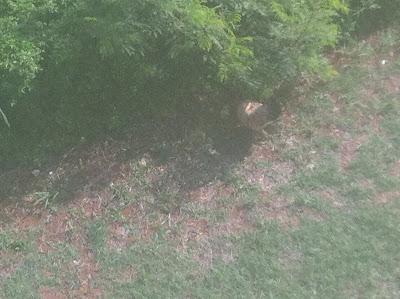 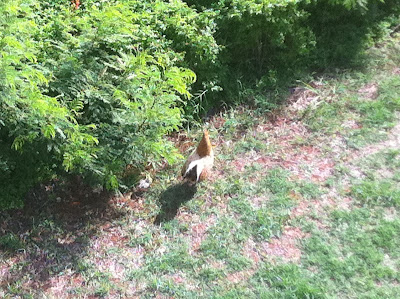 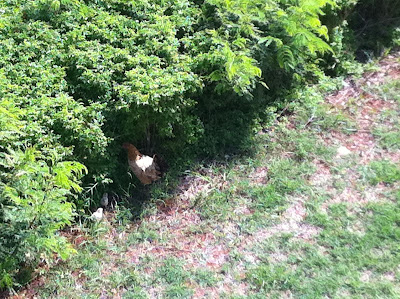 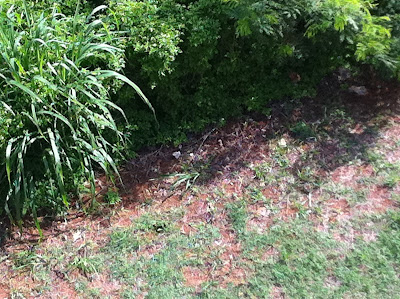 And since this is a pilot's blog here are two shots of a line of thunderstorms we came across on our trip home.  We were above most of it and were able to pick our way through with only a few bumps. 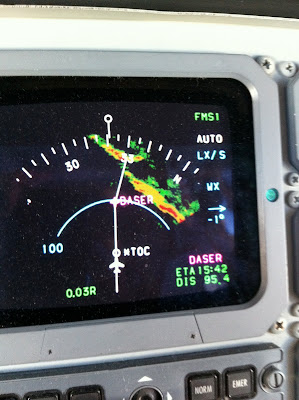 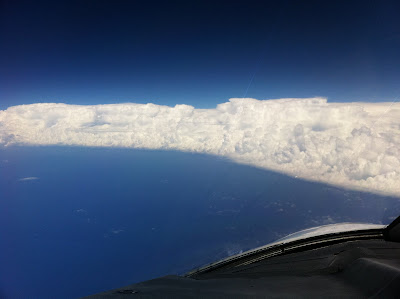