Sometime I love the food, sometimes I love the fact that I have vegan options. Even if the food isn't great, I can eat. Every meal can't be the best meal you ever ate and sometimes your priority list changes. Used to be that taste was the number one priority. Now the list is topped by ingredients ... or specifically the lack of ingredients that come from animal sources.  Rice King isn't exclusively vegan but does have an entire vegan/vegetarian menu. 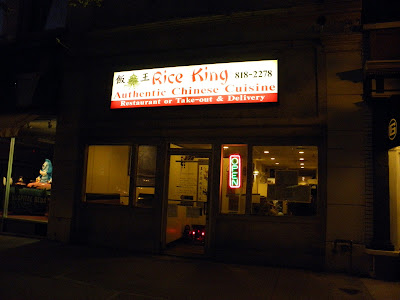 So the fact that my meal at Rice King was mediocre is far overshadowed by the fact that it was vegan, that they understood what vegan means, (I hope), and that I could just order without the 30 questions. OK, I did verify.

Rice King gives you a good vibe when you walk through the door, not because of the decor, (spartan) but because of all the un-bussed tables. Either they're understaffed or they're so busy they can't keep up with seating people. It seemed the latter but probably a bit of the former too.


Victor, as in all the reviews I read, was nothing if not personable. "I hate brown rice, ate too much as a kid, don't serve it!"

OK, tell me how you really feel.

They get their fake meats from California. I get mine from Hestor Street. Here we come back to the Gardein question. I'm just happy they get fake meats in the door. I know what I'm getting. No problem. I order the Orange Beef and Buddha's delight with Tofu as I'm craving a big dish of greens. Victor says, "No Bok Choy, this is Provo."

I also seem not to get by one meal without something fried so go with the Egg Rolls. Vegan of course.

Anyway, it wasn't the best Chinese food I've ever eaten but it was good enough. The priority list came to mind. It was vegan and that was on the top of the list.

The egg rolls were small fried veggie rolls with a sweet and sour type dipping sauce. Pretty tasty actually but the sauce could have come from a jar.

The Orange Beef was in a thick sauce that I think had ketchup as one of it's ingredients. I asked for it on the spicy side. I think it had a side order of Thai Chili thrown in. I said 3 1/2 out of 5 on the heat scale and it was a HEALTHY three and a half!  I enjoyed this dish in it's own right. 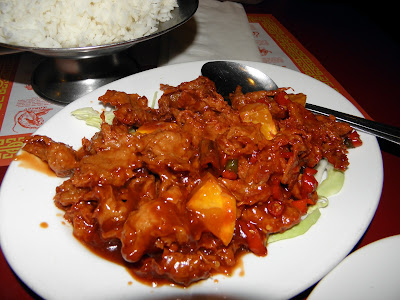 The Buddhist Delight with Tofu was overcooked by a long shot. The veggies were on the soggy side and the tofu seemed to have been just sliced and tossed in at the end to get covered with sauce. 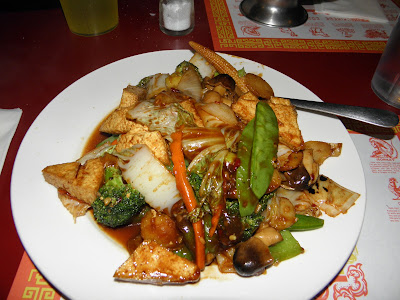 All that being said, here's the result of having edible food put in front of you when you're hungry. 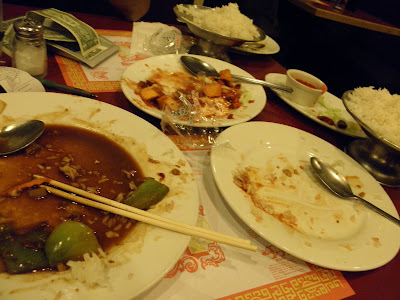 I'm glad that Provo has a chinese place with a vegan menu. My carnivore pal totally enjoyed his dish of animal combination in sauce but he could tell I wasn't thrilled with my dish. I'd go here again in a heartbeat if the person I was with wanted Chinese but a Tofu dish is a Tofu dish anywhere. It's just, (see my review of how uncaring Johnny Chi's was in Westhampton, NY), that here I didn't have to worry, (hopefully), that my food was made with chicken broth.