I keep hoping that if I find mainstream restaurants that I can get by eating at my land shark carnivore compadre will one day look up at me and say,  "Hey, isn't there a vegan restaurant we can go to?"  Well, I just wanted to tell everyone that today wasn't that day.

Anatolia came as most do from a Happy Cow recommendation.  Dead animals served for those that still eat them and "vegan" options for me.  I have nightmares once again about some grilled veggies on a plate and something gratuitous being said.  (Hey, look what we went out of our way and did for you.  We took VEGETABLES and GRILLED them for you).  Sometimes I have no idea why I think the things I do.

The place was a cross between a pizzeria, (replete with pizza oven), an open kitchen along one wall and a semi upscale subdued dining room.  (We were the only ones in tee shirts, yes.  But I had on my good jeans and he had on kaki shorts.  We bring such class with us wherever we go, especially since this is a BYOB place.  I like B.  He VERY MUCH likes B.  We had a cooler with us.  Like I said ... class). 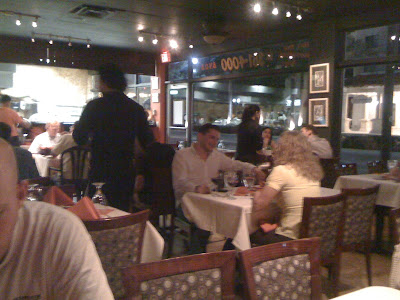 They put some bread down and the busboy had no idea what I was asking when I said, "Is the bread made with butter?"  He said he'd be right back and I thought he was going to bring me butter but brought us olive oil instead. 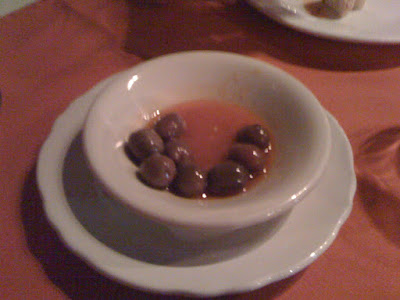 See, the last people ate the rest of those olives.  No just kidding.  I did.  And those that you see here had a very short life span.

The waitress couldn't have been nicer.  Since she was young and I like to stereotype I just thought I'd have an uphill vegan explanation thing about to unfold but no ... that will teach me to stereotype ... like all those other times.

She asked to make sure that butter, eggs, and other things a vegetarian might allow were definitely not of interest to me.  She was caring and thoughtful but still needed a tad of prompting.

The menu would be limited but there were still good choices.  At this point I knew I wanted something fried and I was craving greens.

Sublime addicted me to fried cauliflower and I went for it here along with the mixed green salad.  Ah, was the batter for the fried cauliflower made with egg?  She's have to check.  I figured I was going to work off at least 4 pounds with all the running back and forth I was going to make her do.  She didn't mind at all.  I think she sort of thought she should know the answers and it was ok that I was making her jog the night away.  It was made with egg but the chef said he could make it without.  I asked if that meant he was going to dip it in milk instead and then just asked her to make sure.  She did.  It wasn't.

The cauliflower was perfect, salted correctly and with a crisp exterior and a meaty scalding hot inside. 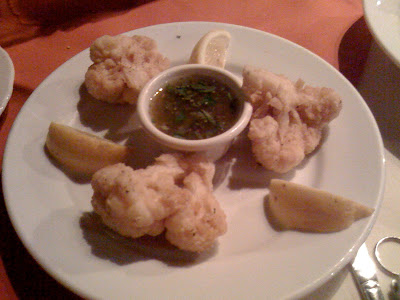 The dipping sauce was an oregano and garlic flavored olive oil.  A squeeze of lemon and it was ... well, I just said this ... perfect.  It was $5.50 for the 4 pieces you see here.  Eeeeh.

My mixed salad was a mixture of romaine and a few field greens. 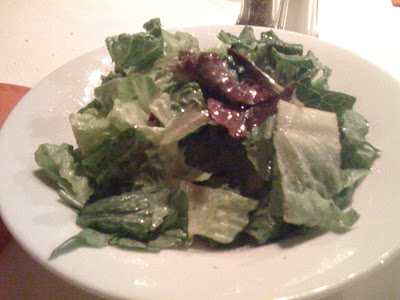 It was covered with an oil and vinegar, nicely balanced but it was really sort of a Caesar salad without the dressing.  I was hoping for something different although it was green.
My entree was, I thought, going to be a dish with cooked vegetables and then I asked to combine the next dish on the menu with it because it had spinach.  What I got, (and the links to the menus on their website as of this writing was broken and I can't look up the two dishes), was a dish more reminiscent of Indian Saag, a puree of cooked greens, in this case spinach.  Before ordering we had a little discussion about the rice and bulgar both being cooked with butter but later it was ascertained that only the rice was buttered and I was served a delicious carroty sweet savory bulgar. 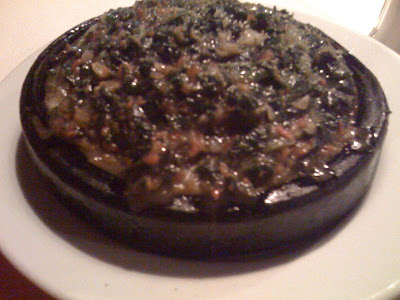 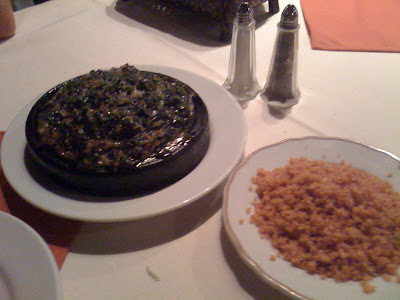 This was the most delicious entree.  I wasn't expecting much but there was such a subtle balance of flavors and although it was a spinach dish it had none of that taste of childhood spinach always lurking in the back of my mind causing amazement and wonder about Popeye's mental status.  This was phenomenal.  I wanted more.  I thought there was a hint of cinnamon but was told nope.  Anyway, I had to stop myself from eating past the halfway mark and what I ate I spooned on top of the bulgar and mixed it all up like I was a 7 year old.

This would be a place I'd go back to in a group, knowing they had vegan options.  The problem for me is that the vegan options, while delicious, are very limited.  My bud enjoyed his meal so apparently there is enough of a draw to bring the locals in for the main menu.  I wish there were more of these delicious vegetable, (and you know I don't really like being served veggies as a meal), options available but for that reason I can't make it a primary destination.