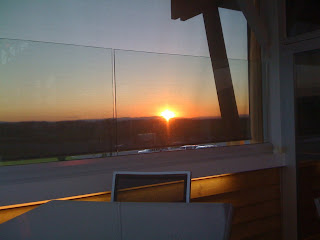 Well here I am all "Zen and the Art of Motorcycle Maintenance" like in Bozeman.  I guess it's terrible if one book defines a place, at least in my mind.

Weebees is in a very modern building of the outdoors western lodge style.  Not that I'm an architect.  We sat outside and the spectacular sunset was anything but an omen of the meal to com.

I chose Weebees because I thought it was brave in Bison land to actually put a Tofu dish on the menu.

In talking to our waiter I asked if this was vegan or that.  He seemed to actually get it, the vegan thing I mean.  He said he never would have thought I was a vegan.  (Now I guess I'll never fit in).  Anyway, it's veganesqe.  So the fries come with gremolata and 3 dipping sauces.  The homemade ketchup was vegan he said, the ranch was out but the Sirracha mayo was made with olive oil and not eggs.  Hmmm, ok. 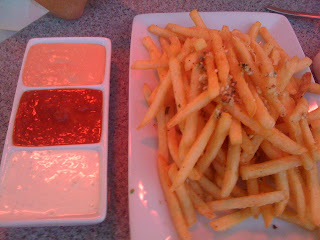 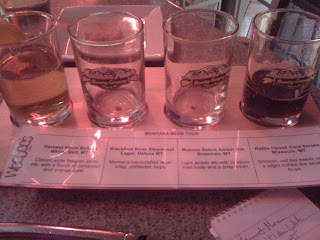 I was starving, but a waitress not our own brought the dish I did ask again about the sirracha.  I love sirracha and almost anything with heat and flavor.  She actually pulled out an ingredient list and although the mayo wasn't on it she went and checked.  Made with eggs. 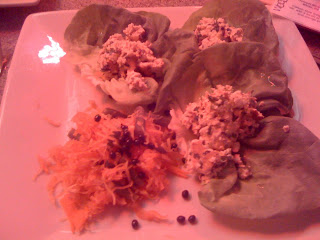