Everything made fresh everyday.  How can you go wrong?  It seems like you can't and this small vegan bakery in Rutherford, NJ proves it.

In my pursuit of vegan food sometimes I have to put in a real effort to get where I'm going.  I stopped by the SABS last week only the store was closed up and everyone was on vacation.  Best wishes to Kristina, who got married in Vegas and the whole family joined them.  Good reason to close I think.

Family party in Vegas?  I figured no one would tell me what happened in Vegas so I didn't ask but the owners, Danielle and Jake are vegans and we did talk a bit about dining vegan in Sin City and Bergen county.  Kristina is their (hmmm, I forgot, sister?  sister in law?).  Nice folks. 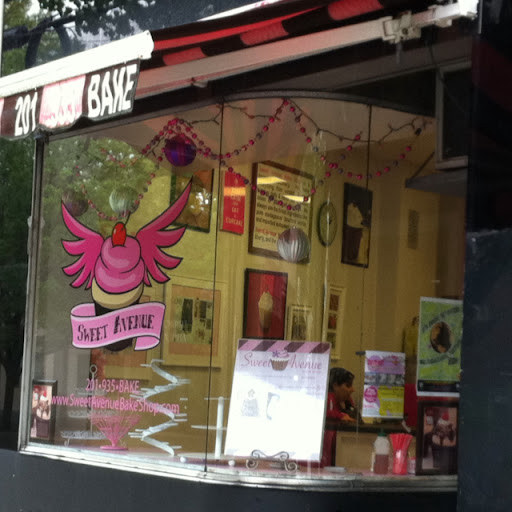 The only big negative was that the coffee maker was broken and heading out for repair.  For me this was like getting the fries and finding out the ketchup dispenser is broken but hey, things break, and you have to roll with the punches.  I could either lament how good my cupcake would be with coffee or just enjoy the cupcake for it's own intrinsic wonderous-ness.  I'm working on my positive-ness and here's a great example.


In talking to Jake I found out there is a pretty strong vegan presence in Rutherford and just down the street is another target of mine since it's a diner with a whole vegan breakfast and lunch menu.  There aren't any 100% vegan restaurants but we all know it's only a matter of time that a few more pop up to augment the Veggie Heavens in Denville and Teaneck.  And now I know where I'm going for dessert.

What was also nice was that they had seen my blog and used it as one of their sources to find vegan food in LAS.  With the Wynn empire now offering vegan food at every one of their dining establishments it's easier than ever.  Possibly more expensive than ever but easier no doubt.  Also, I had just attended the Vegan Bake Sale at MooShoes this weekend for the "for the Animals Sanctuary" and SABS had their buttons and cards displayed right there on the counter.  This place has a nice homey feel of a family owned and operated business where the owners can feel free to promote their causes.

Danielle also followed me on twitter at @veganpilotmarty and you can follow them at @sweet_avenue.  The vegan world is getting smaller as we get larger.

Be fore warned, there are only 2 tables and 4 chairs so don't plan on bringing your entire graduating class down for coffee but I was there at 1:30 pm on a wednesday and there was no wait for a seat.

Checking out their website is also fun as it's interactive.  The different cupcakes of the day pop up and you can scroll through enlarged pics and descriptions of the daily specials.
My cupcake didn't bring me back to the days of 15,000 calorie sticky buns but was a delightfully gooey creamy, (tofutti cream cheese), sweet cinnamon treat in it's own right.


I will have to revisit the SABS for 3 reasons.  I'm developing a sweet tooth, it's 10 minutes from Teterboro Airport where I work, and most of all, I'm dying to have a cupcake with a cup of coffee.
Posted by Marty at 5:34 PM