Lunch and dinner in the flight levels

I have started to carry a rather large lunch cooler I got from Ebags and here are a few things I've come up with in my flying kitchen. 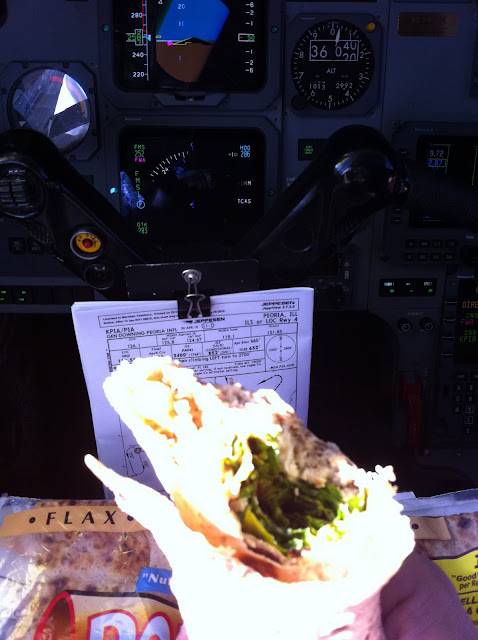 We picked up one of the company flight attendants in Las Vegas who had tons of leftover catering from her inbound leg.  I put the some of the Daiya on the corn chips and melted it in the microwave, tossed on some of the guacamole and a drizzle of fresh squeezed lime juice on top with a dash or two of hot sauce.
I had an Amy's Breakfast Burrito left from the morning, (still half frozen in the cooler), and put some Daiya on that.  I didn't have any of the breads or desserts and most of the sandwiches, as is usually the case, had meat on it.  The portobello wrap held out some hope until I unrolled it and found it encased in melted Mozzarella cheese but the roasted veggie wrap appeared vegan.  On went the Daiya and both into the microwave and here's what dinner looked like coming home at 39,000 feet.