I thought better of not posting after the meal at E. R. Bradley's since there seem to be so few vegan options in West Palm Beach. Therefore, no photos were taken except for these two of the open air venue. 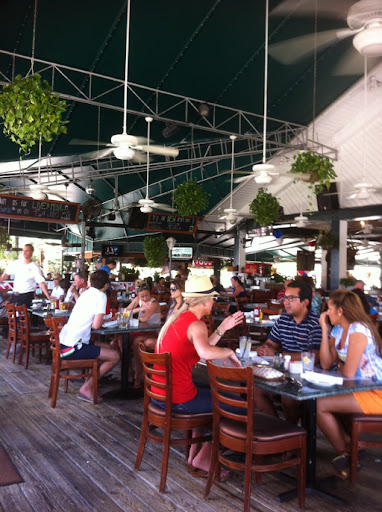 There are a few smoothie options on the menu and mine was unaltered with apple, spinach, kale and pineapple. My salad was spinach, (my waitress mistook 'sub spinach for the gorgonzola' on the mixed greens salad and it came as 100% spinach), and I subbed the dijon vinaigrette for the red wine vinaigrette dressing. The dressing was as nice as any I had and the spinach was adorned by a quartered plum tomato, red onions, and cukes.  I noticed little white spots in the dressing and even though I queried the waitress and got a thumbs up, I later asked again.  Jackie the hostess came back and said they were small bits of garlic or onion, definitely no cheese or dairy in the dressing.

Later I asked about the veggie burgers and buns and Jackie checked with the kitchen and both were vegan items.  Cool.

E.R. Bradley's is an option to try when dining with a carnivore and you want a view of some water. 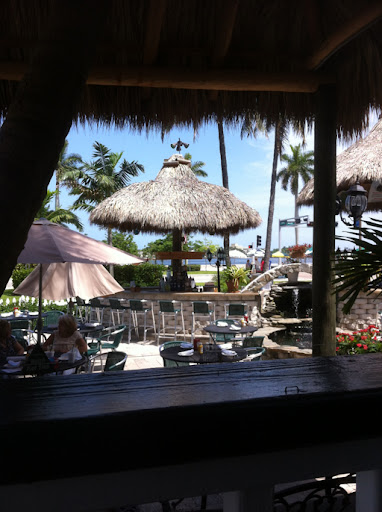