I don't remember but I think it was -12 with the wind chill.  It even looks cold in Minneapolis.  Hey Minneaoplians, there are places with PALM TREES ya know.
I woke up not very hungry, well, whaddaya expect after eating 2 sandwiches for dinner?  2 cups of coffee later I was on the crew van and a short hop over to Chicago.  Now you might think, "Ohhh, Chicago!!  Wow!!" and I sort of think, "Oh, Chicago!! Wow!! I'm an hour away from the airport with traffic on 55 and if my charter passengers finish up an hour early, (oh yes it does happen!), and I'm an hour away from the airport, well, you can see how so NOT well that might turn out."  But today we had a 6 hour wait and those are pretty big buffers.

There were a few bowls of fruit left over from the catering so I started my first meal of the day with melon and berries.  I know, you can't really call this something that you'd find while traveling but you more than likely can get to any supermarket easier than I can and they of course have precut fruit and veggie bowls in the fruit section.

I sent out a tweet and my friends in ORD land sent me a few suggestions.  The Bourgeois Pig was suggested for their amazing vegetarian sandwiches.  I decided that today I'd like a 100% vegan restaurant so put them on the back burner for when I'm with a die hard carnivore.  Also suggested were Karen's Raw, Chicago Diner and Native Foods.  I was looking for something warm, comforting, and not particularly healthy but really wanted to try Karen's Raw.  I had tried Karen's Cooked and loved it but for now Raw would have to wait.  The Diner and Native Foods were near my copilot's destination and since I had been to the Diner a few times, and didn't think I could control myself knowing they had those malteds, I decided to go the Native Foods route.  I also loved what I ate in California so although it wouldn't be a "new" place it would still be good.  And it was. 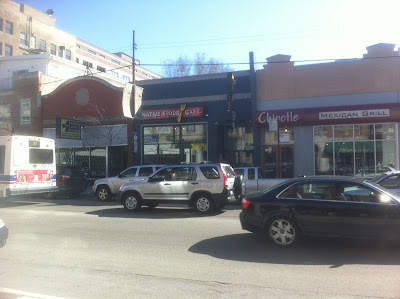 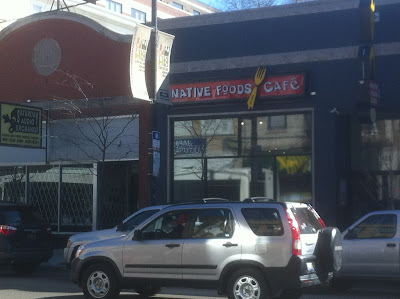 OK, also, see those fries?  Do not under any circumstances order them.  They are perfect.  They are crispy on the outside, not soggy.  They are cooked on the inside.  They are not too salty, just irresistibly salty.  You will finish them and not have enough calories left for dessert.  Wait, you're at Native Foods and worried about calories?  Duh!


Lunch being all said and done I used the excuse that my buddy might not have had time to grab some food and ever on the "make a vegan today" mission, which can be a pain in the ass for some but honestly I couldn't care less, I went back to the counter for round two.  (OK, I also wanted to try some more stuff!).

For another 20 bucks I was a sport and showed up in the car for the ride back to the airport with SUPPLIES for the trip!! 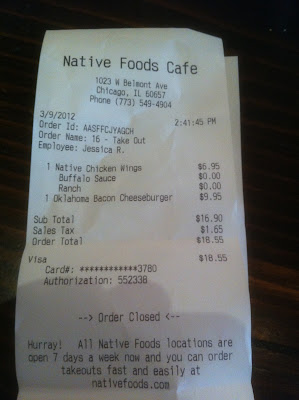 This is sort of funny.  I'm not super crazy for fried pickles although there's nothing wrong with them.  I gave them over willingly as I knew that after a few more minutes in the box they'd be soggy anyway.  Not much difference between vegan fried pickles and the egg batter used in regular ones.  I tried one and it was starting in on the soggy scale but had that sweet batter/salty vinegar pickle thing going on.

(I'm fast forwarding a day here.  I was at the airport on day 6 and took the inside of the burger, which is a misnomer btw, and nuked it for about a minute.  Put it back on the cold bun.  I have to tell you it was heavenly.  Not a "burger" but the savory tastes of the shaved chicken-y seitan and the hickory smoke of the bacon and the mayo and cheese creaminess were absolutely mind boggling.  It is times like these that I wish I was one of Pavlov's dogs and Tanya was standing next to me ringing the bell.  This was so delicious, so perfect in your mouth that your mind just doesn't want to stop eating it.  Consider this one of my rare raves about food.)

We dove into the chicken wings so the burger is still in my hotel room fridge here in Boston.  Waiting.

Since my compatriot lives outside of Chicago I was impressed when he thought so highly of the wings that he asked for the name and address to pass on to his wife.  Every vegan meal eaten is an animal saved even if we don't make vegans.

Here are some shots of a truly colorful, artfully decorated casual place. 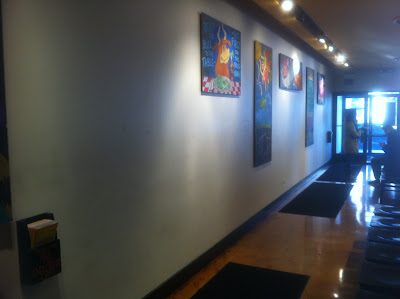 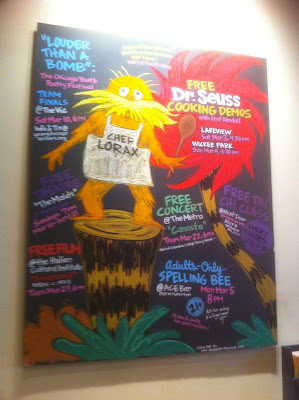 After a delicious meal we headed East.  I know the iPhone camera isn't the best but that red dot is the moonrise. 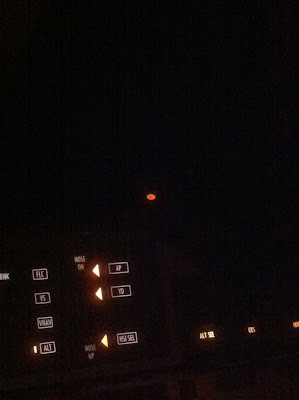 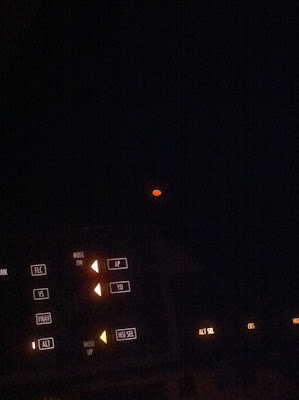 And here's my breakfast, Amy's Breakfast Tofu Scramble.  It's one of my favorite pre made frozen meals and as far as ingredients, it's almost entirely unprocessed. 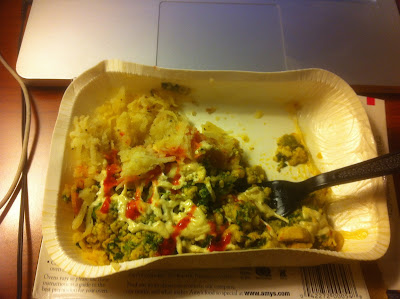