It's Getting Better All The Time

I keep saying that being vegan isn't "hard" it just takes a bit more work.  That being said its hard enough being vegan let along traveling as a vegan so I am overjoyed, (well, a little less joyed than "over"), when I see that food businesses in the airports the traveling public uses actually make an effort to fill our needs.  I do look forward to the day when 85% of the food available is vegan but with 1% of the population, (3%), we're getting more than 1% of the food choices.

Here's what was available at LaGuardia, B terminal.  Its all pre made and I didn't have a chance to hunt for anything that was made fresh on the menus of the restaurants but this is what I came across: 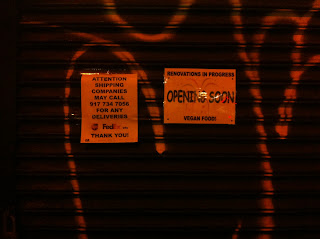 OK, well, that's not it but will someone puhleeease let me know when V-Spot opens up again.  Thanks you.
Now:

Here is what I see as I walk onto the B concourse in LaGuardia.  All clearly marked with the word, "VEGAN."  Now why is it easier to shop in LaGuardia Airport for a vegan meal than in Fairway?  Insane. 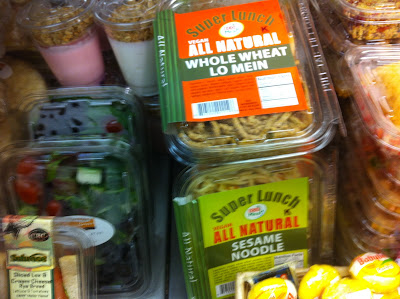 Then I get to Midway Airport in Chicago.  I have about an hour to wait for the other pilot to arrive so I slowly stroll down the concourse looking for anything hopefully vegan.  Then I am hit over the head by "Sprigs."  Now if the name isn't enough to make a vegan look twice I don't know what is.  Of course there's the usual dead animal fare but those bins on the wall are FULL of greens. 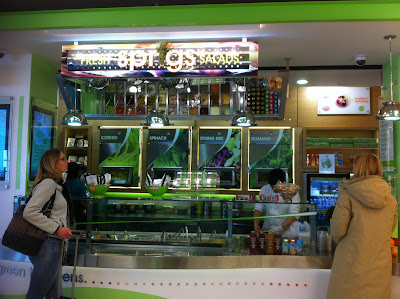 Yelp reviews were mixed and I didn't try anything for lunch but wouldn't it be so nice if the dressings were labeled with things such as "VEGAN"??  So close and yet, here you'd be, playing the 20 questions game.

At least there are more options and at least they're disguised as being more healthy.  With a little bit of digging I'm sure there was a vegan option or two. 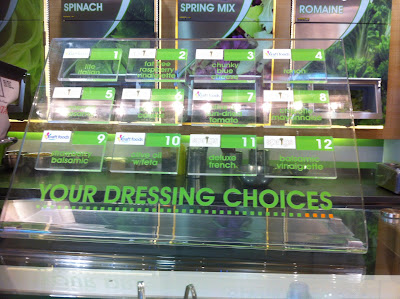